In development for PC, Mac and Linux 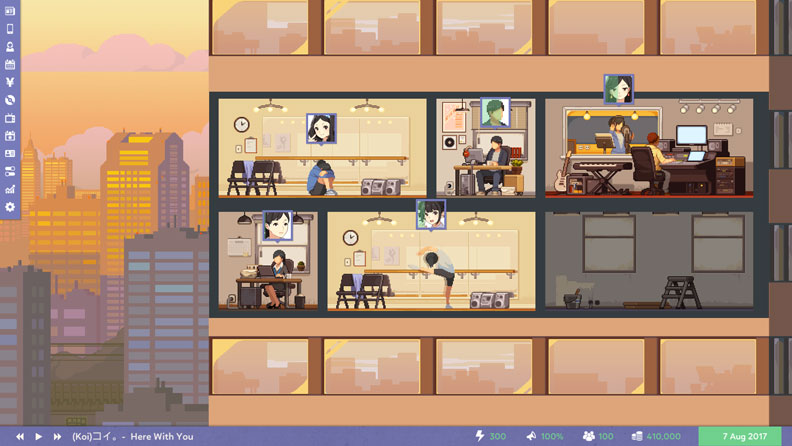 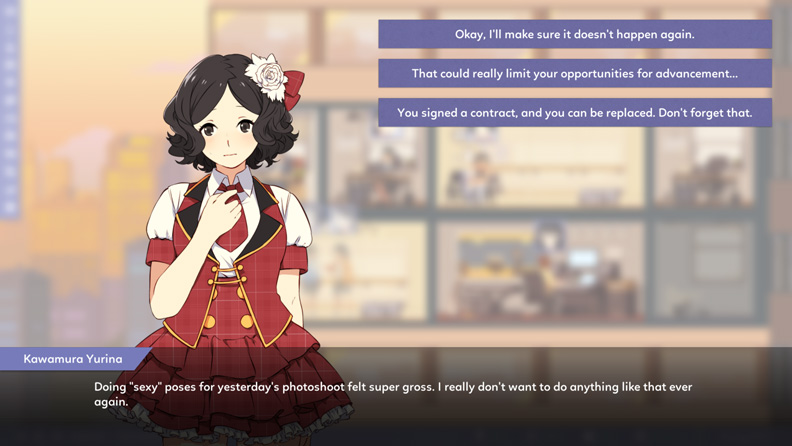 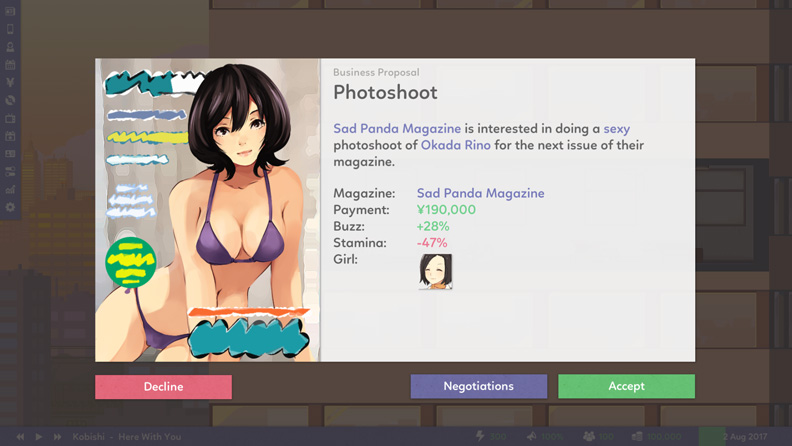 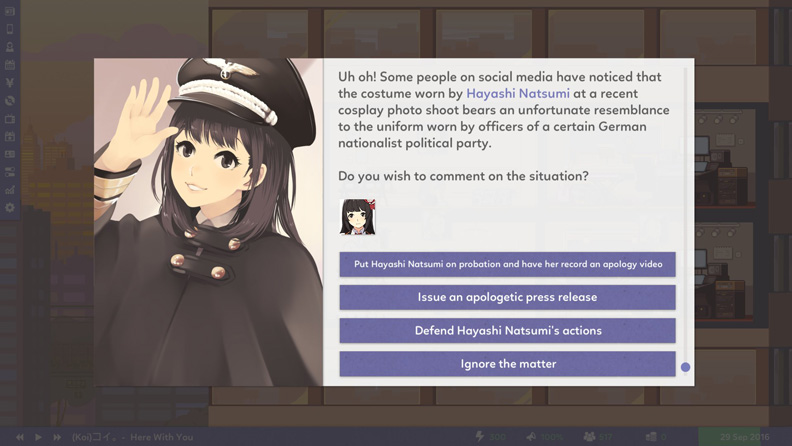 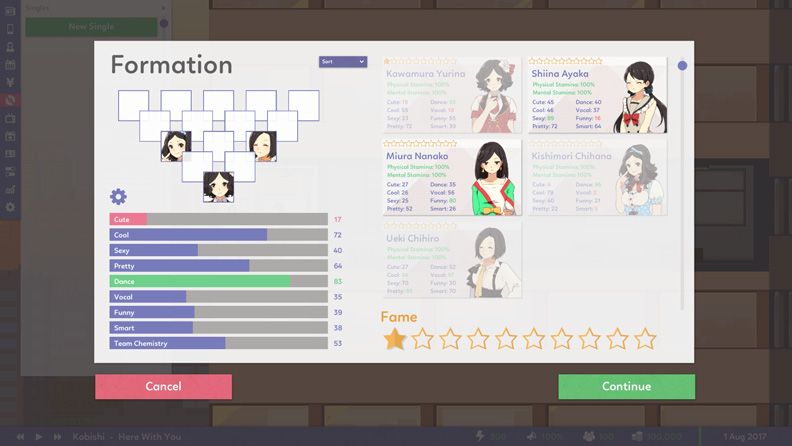 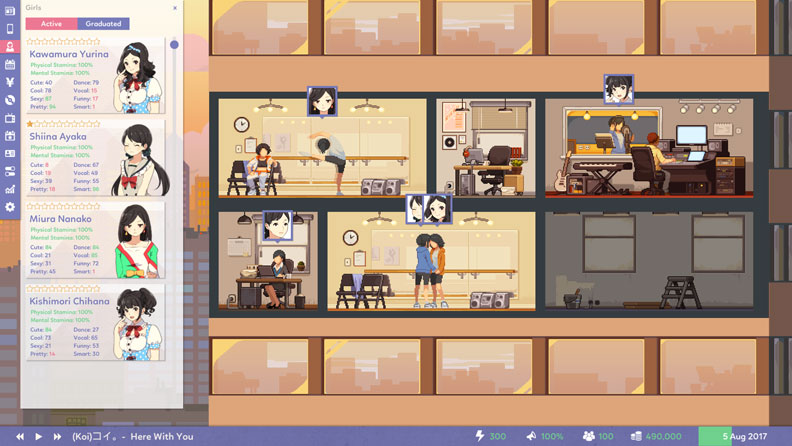 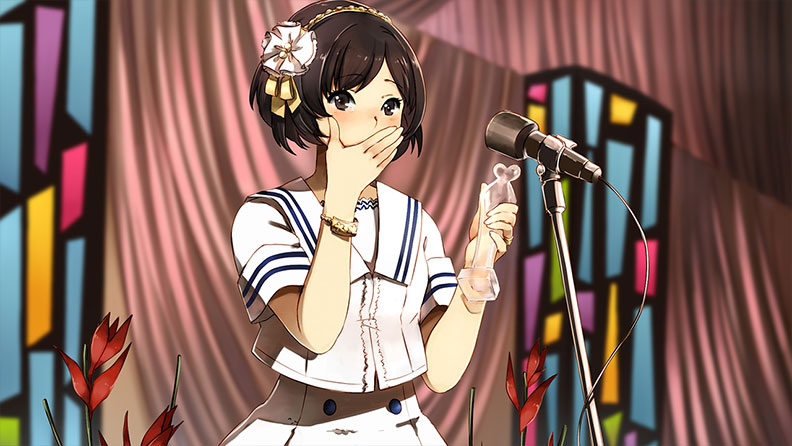 You take on the role of manager at a small (but growing!) talent agency. As you cultivate and train the newest generation of young pop stars, you'll have to decide who to hire and who to fire, who gets promoted when things go well and who gets reprimanded when things get sour. The personal lives of these young celebrities are a part of your business, and the life of a pop star isn't always a happy one.

Their crowning personal achievements can be your greatest commercial successes, but their emotional meltdowns and PR nightmares can spell financial disaster for your company. 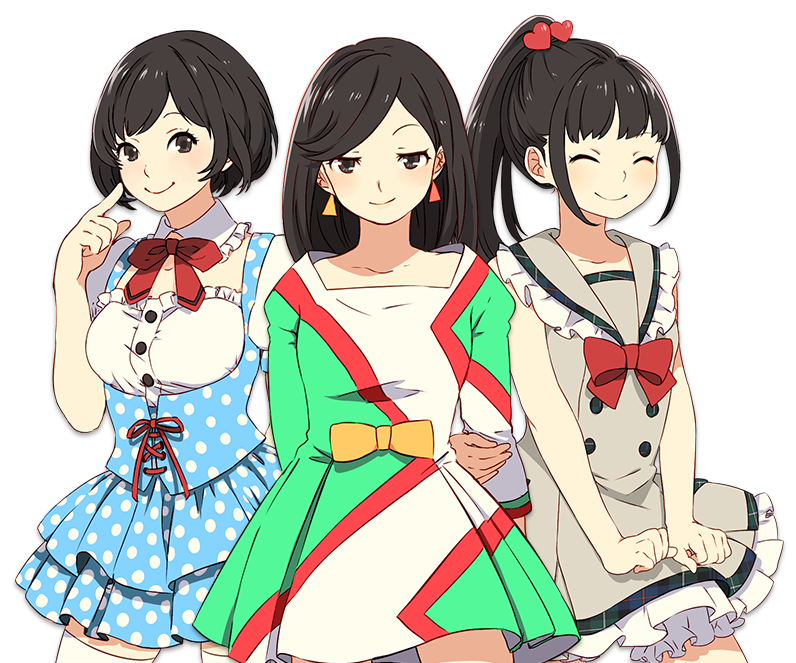 There's a world full of gossip magazines, super fans, and rival groups
out there, all thirsty for a scoop on the latest scandal

Let's get down to business 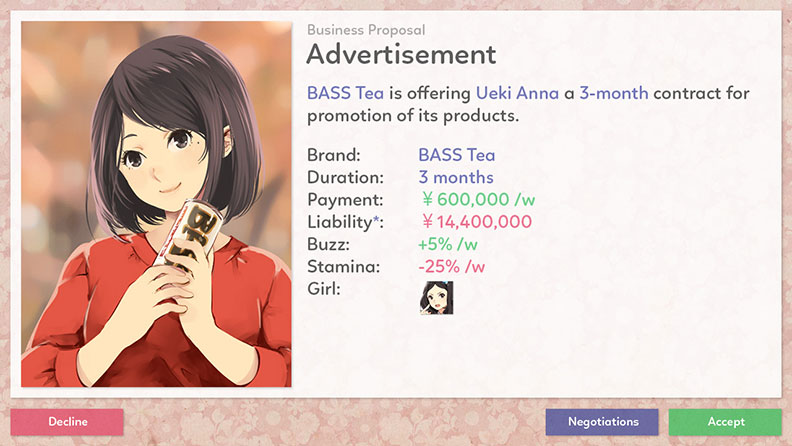 One of your jobs as a talent agency is to act as the liaison between the girls you manage and the people who want to do business involving them. It’s up to you to make these decisions on their behalf. From time to time, you’ll be contacted by business who want to use the face…

This week we’re going to look at one of the many business activities you’ll have the ability to perform as a producer: releasing a single. Why release a new single? Well, one obvious answer is money. If the single is a success, you stand to make a sizable chunk of cash from direct sales. But…

There's a lot of people who want to tear you down and are willing
to play dirty. Try not to let it get to you. It's not personal, it's business